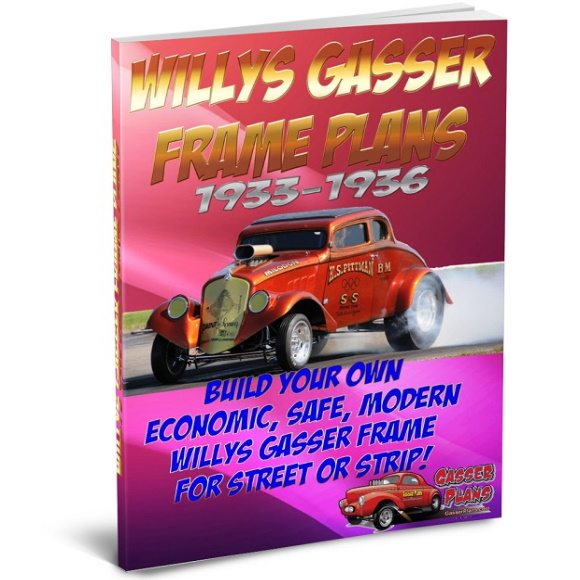 Hey, Willys 77 owners and everyone else ready to build or rebuild a cool fiberglass or steel ’33 Willys, here’s the affordable, modern, safe frame plans that will make for many enjoyable, dependable miles of street, strip or highway driving. Even with a mild build you’ll be increasing your Willys’ horsepower by over 500% and it’s weight by over 25%. So, no way do you want to think about using a flimsy 80+ year old open channel frame. With this jumbo-sized 16-page detailed plan set, you can build your own economic, safe, modern ’33 Willys Gasser Frame for street or strip. We include all the drawings you need with detailed dimensions, material specifications, assembly instructions and itemized bill of materials. For more info, see the detailed Product Description below.

George had been achieving some degree of success in NHRA Gas Class racing since 1957 with a Cadillac-powered 1934 Ford. But as horsepower increased traction decreased because the rudimentary slicks of the day just couldn’t put the power to the pavement. Recognizing that what he needed to achieve drag racing dominance was high horsepower, light weight, and good weight transfer for traction, George ditched the ’34 Ford for a 1933 Willys coupe acquired from a local salvage yard. 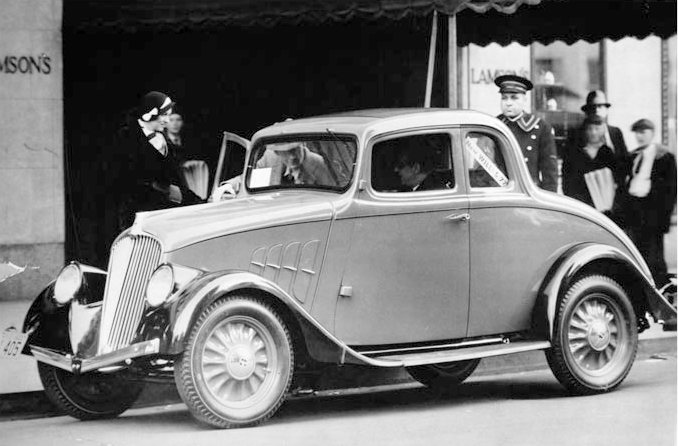 The little Willys as it came from the factory was 500 pounds lighter than the ’34 Ford: a big 20% weight reduction! More importantly, the Willys’ wheelbase was a whole foot shorter than the Ford to help achieve much-needed better weight transfer. And with a 5″ narrower tread and body even more so it was a compact coupe to reckon with.

To help the weight transfer even more, George filled the spare tire at the rear of the car with 250 pounds of concrete. Seems as though a completely concrete filled spare weighs something like 600 pounds, but that first attempt was too heavy for them to lift and mount on the trunk! 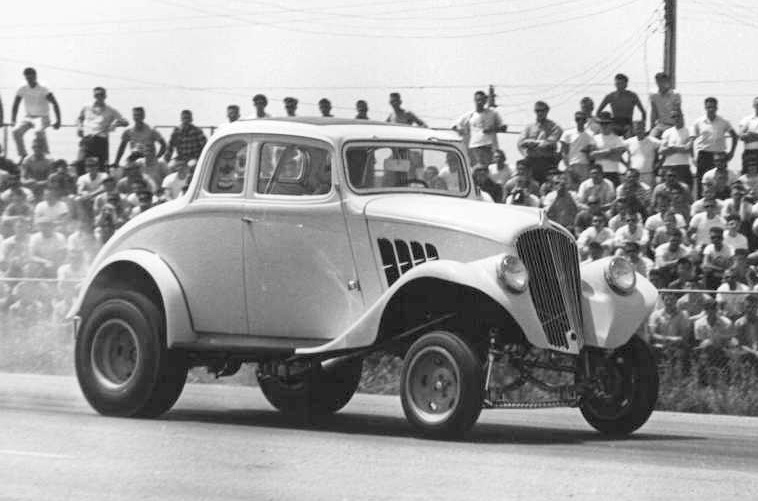 With this combination, George headed to the NHRA Nationals in Detroit in 1959 and handily won not only the A/Gas class, but also Little Eliminator. After that, NHRA banned the concrete spare but George returned in 1960 to be the first back-to-back class and Eliminator winner and in return won a brand new 1960 Ford Falcon Ranchero pickup.

If that wasn’t enough, George won his class for the third year in a row in 1961 and then replaced the blown Caddy with a blown Chevy small block to capture class and Middle Eliminator honors at the 1963 Nationals, thereby earning the nickname “King of the Gassers” and increasing the value of every 1933 Willys either in junk yards or on the street by several times.

If you’ve got an original steel Willys 77 it’s a rare find. Less than 13,000 were produced during the four year run.

But beware. Even with a mild 350 HP engine you’ll be increasing your Willys’ horsepower by over 500% and it’s weight by over 25%. If you dare to do that with the original Willys frame, get ready for some problems: not only in handling and potential failure, but also your body work getting torqued and paint cracked — to say nothing of keeping doors aligned and opening.

Hey, even if you’re thinking additional crossmembers and reinforcement, just remember that it’s just an addition on a thin steel frame that’s over 80 years old! Back in the day, even the NHRA changed the rules to allow 1933 Willys Gasser owners to ditch the original flimsy frame. Our 1933 Willys gasser frame plans show you how to build a modern frame using strong, readily available and economic 1/8″ rectangular steel tubing!

It’s more likely you’ll be using a modern fiberglass ’33 Willys body and you’ll want to be sure you mount it on a good, solid frame to prevent cracks in the fiberglass or your paint finish. 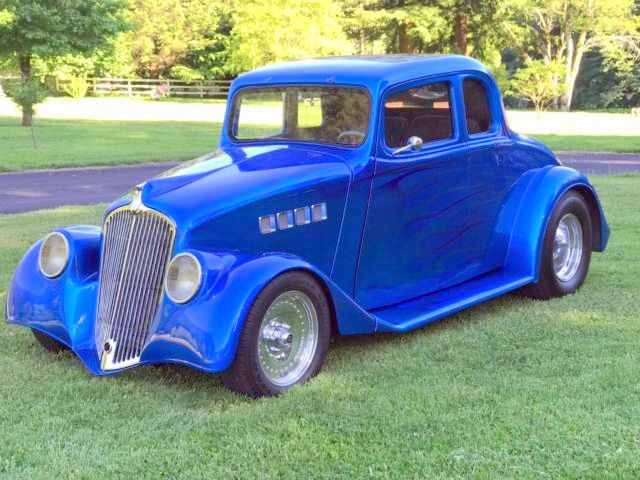 If you’re shopping for a newly built Willys Gasser chassis, though, get ready to spend over $5000 for something that was designed only for the drag strip. But, there’s a better, much more economic solution.

Street or Strip, the Most Complete 1933 Willys Gasser Frame Plans

And our plans can be used to build a modern chassis for a 1933 to 1936 Willys coupe, sedan or pickup truck.

If that’s not enough, the plans also include in exact detail how to lay out an assembly table just for your 1933 Willys gasser frame to assure its proper alignment, as well as final assembly instructions.

Order your 1933 Willys Gasser Frame Plans today by clicking on the “Add to Cart” button.