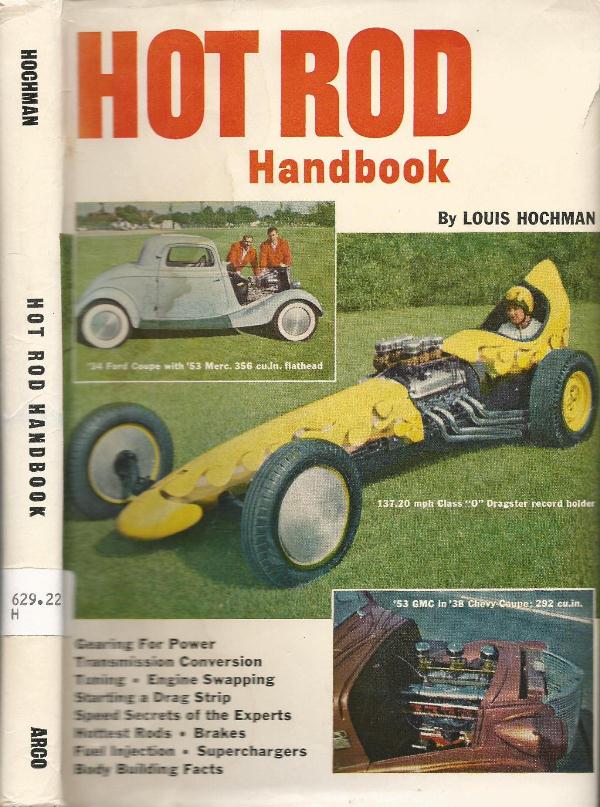 The “Spencer Daily Reporter” in Iowa had a story today about a library book that was returned 52 years past due. Not just any library book, but the Hot Rod Handbook by Louis Hochman. It so happens that this 1958 hot rod “how to” book is one in my collection that I treasure, not only for obscure hands-on information about porting, polishing and relieving a Ford flathead, but also the then-developing field of supercharging engines with some great info on my personal favorite, the McCulloch centrifugal supercharger.

The reason that the past due return made the newspaper was the fact that the guy who returned it handed it over to the librarian with an apology and an envelope that was later found to contain $1000 cash after the anonymous delinquent borrower had turned and made his departure. Having been checked out October 2, 1959, the book was 19,122 days past due and although the card on the inside of the book noted fines at 2 cents a day, he more than made up for it because the $1,000 he paid calculates out at a little over a nickel a day. The book’s original selling price, by the way, was $2.50.

What’s particularly interesting to me is that my personal copy of the Hot Rod Handbook is a former library book, as you’ll note from the two outside and inside cover scans above. No, I didn’t swipe mine from the Coal City, Illinois library back in 1997. I bought mine on eBay. Makes me wonder, though, if the seller got his from a library book sale or was just disposing of copies from his own purloined collection. 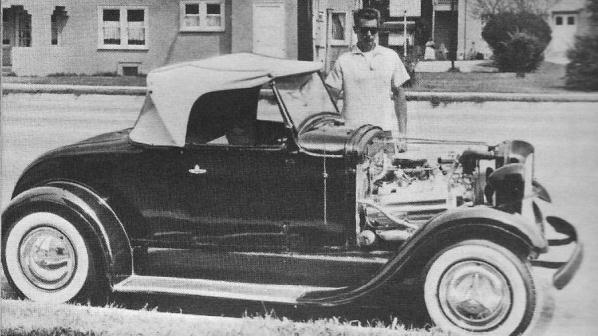 But anyway, this is a great little book. While it does feature some nice hot rod pics, like the one above of Doug Sutherland’s 1930 Model A hemi-powered roadster, it tends to focus more on performance. 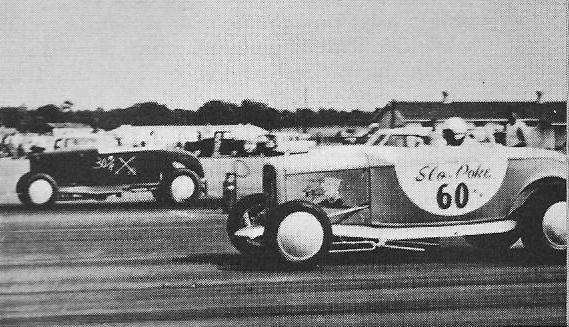 Much attention is given to drag racing, which was really booming in the late 1950s. In fact, it even had a chapter on how to organize and lay out your own drag strip if your community didn’t have one.

While it did include a chapter on customizing, it was really limited to swapping the grille and adding headlight eyebrows to a shoebox Ford, but did have some good info on lowering a car. But, many of the drag racing pics are gems that aren’t seen very much, although many of them were noted as “courtesy of Hot Rod magazine” — no doubt, unpublished extras. 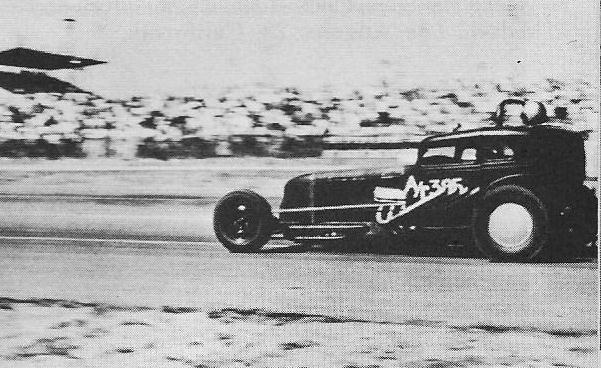 While the book features information and tips from such hot rod and racing luminaries as Ed Iskenderian, Stu Hilborn, Tom Beatty and Sam Hanks, the star in terms of volume of contribution is Louis Senter of legendary Ansen Automotive Engineering fame who designed more than 200 different speed equipment items ranging from steel and aluminum connecting rods and forged pistons to aluminum wheels.

In my youth, I spent many hours at a library table or at home devouring all that I could from such hot rod “how to” books and if you want to gain some real appreciation for how it was done “back in the day” you’ll really enjoy adding such works whenever you find them at swaps, auctions or at your local library’s book sale. It was the satisfaction I received in learning about this fascinating hobby from reading these books that has brought me to where today I try to spread the word about how hot rods are built and enjoyed through the information we publish at TBucketPlans.com, StreetRodPlans.com and HotRodTruckPlans.com. And, hey, if you buy it now you don’t have to worry about paying a fine later.